July 12, 2017
I've re-written the introduction to this post more than four times. I'm not even sure how to proceed now. You see, I'm not used to dealing with Artificial Intelligence, and to be quite honest, I'm somewhat of an alarmist about it. But more on that later.

Let's start with Artificial Intelligence - what is it exactly? Google defines it as "the theory and development of computer systems able to perform tasks that normally require human intelligence, such as visual perception, speech recognition, decision-making, and translation between languages". Which doesn't sound so bad, and most of the links that come up with the definition have to do with the business benefits of AI.

IndieWire.com put together a great list of the 10 Essential Movies About Artificial Intelligence, which you can read here. They span the cute and fuzzy (a re-telling of Pinocchio's desire to become a real boy) to the absolutely terrifying (machines taking over and exterminating humanity, or simply using us as batteries. ::shudder::). 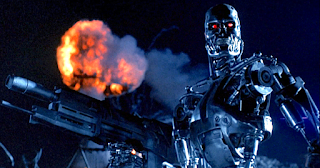 The first encounter with AI that I can remember is the Terminator. 1984's movie Terminator is a scary and cool concept, until you stop to think about the fact that in some ways science is progressing faster than we can process what we've discovered. The scene that sticks with me is a barren wasteland of skulls, suddenly being crushed by the machines as they come to kill the last rebellious humans. The idea of a murderous robot masquerading in human skin and coming to kill someone was mind-blowing at the time. Not going to lie - it still is. (In case you're somehow not familiar with this sci-fi classic, basically humans create an Artificial Intelligence called Skynet. Instead of serving humanity, Skynet decides to annihilate humanity, and begins creating other sentient machines. Terminators are the machines that look like humans, and their sole purpose is to rid the world of humanity. There is a resistance movement, and when the machines are about to lose, they send a Terminator back in time to kill John Connor's mom. No mother means no son, means no future revolutionary leader. Problem solved, right? Thankfully, not so fast. Kyle sends back a protector for his younger self, and the race to save Sarah Connor - and humanity - is on!)

On the other side of the spectrum, and still in my childhood is Short Circuit. Two years after the first Terminator movie debuted, this movie hit theaters. In this thought-provoking comedy, Number 5 is a military robot that gets electrocuted and suddenly becomes self-aware. Along with self-awareness comes an appreciation for life, and a sense of childlike wonder. Realizing that he's not with other sentient machines, he escapes, and sets off to figure out his place in the world. Along the way he meets a woman named Stephanie (played by Ally Sheedy), who believes he's actually an alien. She introduces him to American culture, and helps cement his wish to stay free. The military, however, has other plans. What I didn't realize at the time is the commentary of the movie on the ethics of AI. Is an artificially intelligent being really it's own entity? Does it belong to the creator? At what point do we consider something "sentient"?

If you're wondering just where in the hell I'm going with all of this, well, last week I had my first cognizant brush with AI. I was perusing Facebook and some of my friends were posting inspirational quotes from InspiroBot. InspiroBot is a website that uses AI to generate inspirational quotes. I can't vouch for the extent to which it's formulaic or AI, but that's what it's calling itself. I was curious, and so I went to InspiroBot.me and gave the random quote generating a try. The screen snippet at the left is the splash page. It attempts to be friendly, but I thought of Terminator more than anything else. In between generating quotes, InspiroBot displays messages that, I think (read: I HOPE) are meant to be funny. They were creepy, more than anything.

"Earth is not an alien battlefield."

Oh shit! Right?! There were more phrases, but those were the ones I took screenshots of because they were the creepiest. It's probably just coincidence, but I was telling someone about how Skynet-y this site felt, and it displayed the Skynet message. If I said I nearly shit myself it would be an understatement. I actually hopped off the site for a bit.

At first, running through the different memes InspiroBot came up with was pretty funny. For this post, I hopped on over to the site and generated a few quotes. 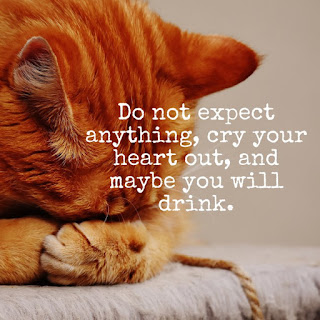 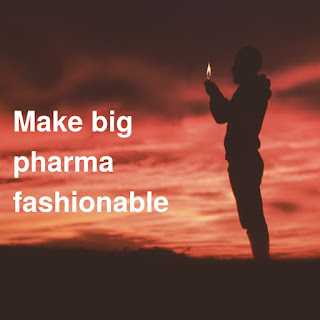 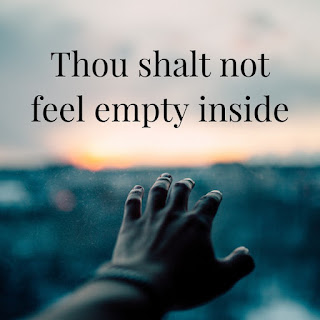 They ranged from the amusingly truthful to the outright threatening. I think part of what's so scary about these memes is when they  make sense on a deeper level. Also....who the hell gave it the vocabulary it's using?! InspiroBot seems to favor "psychopaths", and you may find as I did, that ruminations on psychopaths come up often.

As much fun as it is to play around with InspiroBot, I keep thinking about AI and what kind of future we are moving ourselves towards. At the risk of sounding like a fossil, I keep going back to Ian Malcom's warning in Jurassic Park.

"Your scientists were so preoccupied with whether they could, they didn't stop to think if they should."

I don't doubt that AI will be useful in many professions, and improve people's lives. But before we create intelligence and sentience, I think we should work on our own humanity.

P.S. Shit you not - those three memes are all from InspiroBot. Seriously!