It Was a "Horrible" Christmas

February 10, 2017
I know this post is wicked late, but that's ok. Last night, I collected my Christmas/birthday gifts from Phoebe and Dipper so that I could take a picture of them. The weekend of the 13th, we celebrated my birthday, Dipper's birthday, and Christmas. It was a wonderful night! We ate pizza and wings, watched Suicide Squad, Phoebe put together LEGOS, I crocheted, and we had a blast. Present opening was funny, because we had Zelda running around the living room the whole time, and she kept trying to see what everyone was doing, without coming in range of someone being able to pick her up.

I don't mean to brag, but I'm so happy with what Phoebe and Dipper got for me that I can't help but brag about it! The only words I can use to describe it are "spoiled rotten"! I couldn't have asked for better gifts. 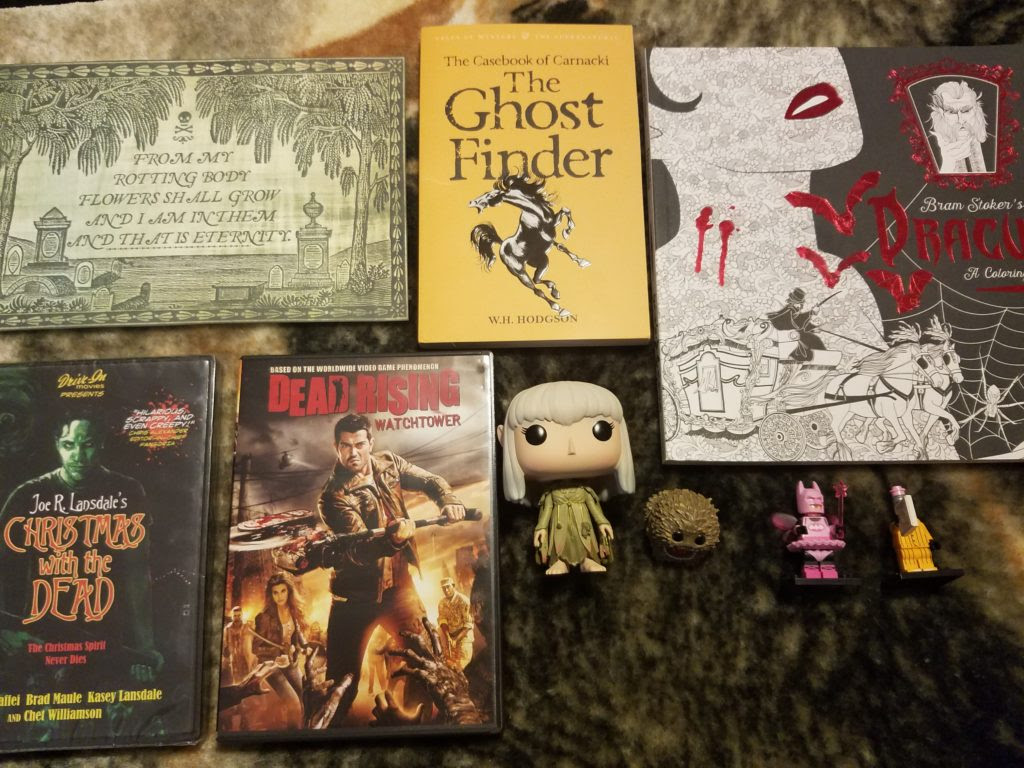 I will be posting another post later with pictures from our Christmas hangout, but I don't have them where I currently am. Phoebe and Dipper were delighted with their gifts, and the tree looked awesome (because Phoebe helped me decorate it!).
birthday Bram Stoker's Dracula coloring book Christmas Dead Rising Watchtower Dipper Eraserhead Fizzgig graveyard print Joe R. Lansdale Joe R. Lansdale's Christmas with the Dead Kira LEGO Batman Phoebe pink fairy Batman Suicide Squad The Casebook of Carnacki: The Ghost Finder The Dark Crystal TkOut W.H. Hodgson William Hope Hodgson