Nightmares, I tell you!

January 25, 2017
I know this is probably common knowledge, considering I run a review website dedicated to horror and sci-fi, but it bears repeating. I love horror. To the point where I live it. My library walls and shelves are covered with all sorts of horror paraphernalia, and Edward Gorey lithographs hang in my living room. My movie collection is basically a wasteland if you don't like horror. The same for sci-fi. The point I'm trying to prove is that it's been quite some time since I've had nightmares based on what I've read. When you read about zombies and monsters and all other manner of horror all the time, it's hard to be shocked. 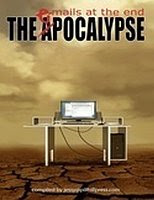 I thought those days were over, to be honest. But then I started The ePocalypse: emails at the end. From the first day until the last, I had nightmares. The stories are all told in an email format, where the reader is given a collection of exchanges between people and that makes up the story. The Kindle version is 450 pages long, and as you can see with all the author names in my keywords section for this post, the talent is varied and strong. (You may see some familiar names....Suzanne Robb, Adrian Chamberlin, and Bowie Ibarra stood out for me. The ones you don't recognize will still make an impact on you, and leave you wanting to read more of their works!)

For such a specific topic, the emails are surprisingly varied. They are between coworkers, estranged lovers, friends, enemies, families, friends, and just about anyone you can think of. As to the apocalypses themselves, they're also varied. The standards are there: chemical warfare, biological warfare, human stupidity, disease, starvation, natural disaster, etc. Everything you would expect. Then there are some really out-there stories, that work purely because they're so damnably absurd, but treated so realistically. There are mole people who come up from the Earth and destroy people. Disease cures gone wrong. Astronauts trapped in space trying to fight a fungus-like growth. A few religious fanatics. And my favorite, killer kudzu. That's right....a bio-engineered and very pissed off strain of groundcover plant goes postal. It's reminiscent of one of my favorite movies, Dr. Terror's House of Horrors, 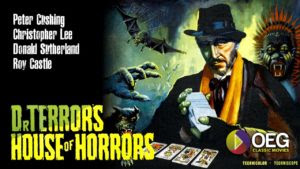 wherein a plant goes bonkers and attacks a family.

This book, in Kindle format, is 450 pages long, and I plowed through it in a matter of days. I couldn't put it down. My Kindle was literally hitting me in the face as I was struggling to read it. I was going into work with burning eyes and slurred speech. I regret nothing.

Even if this doesn't seem like your kind of book, read it. Every single story is amazing. I never knew there were so many ways to end the world, and even though the glimpse we are given of the characters in each story is shorter than I'd like, it's enough to feel for them. Whether it's rage at their actions or denial, or you are empathizing with their loss. This book will tear your heart out, even as you're shitting yourself in terror!