April 15, 2016
The first weekend in April, Dipper and I went to Buffalo's Record Pop Culture Expo. A local VFW post was hosting it, and basically it was vendors galore! There were all kinds of merchandise on sale, and even if you didn't buy anything, it was neat to look at what was for sale and who was buying it. If I had known at the time that I would inherit my grandparent's record player, I would have spent time thumbing through the hundreds of records. Other than that, Dipper and I thumbed through comic books, action figures, and signed memorabilia.

This was the first time I'd ever attended that type of event, and I had no idea what I was getting myself into. As in, I will be saving up for their Fall event, in the hopes that I can score more signed items, and maybe even a few comics.

We had our eyes on a few items from the get-go, but made sure that we circled the event a few times just to make sure those were the items we wanted. Dipper checked out a couple vintage metal lunch boxes, and I had my eye on a few Leatherface items (most notably a bobblehead and an action figure). 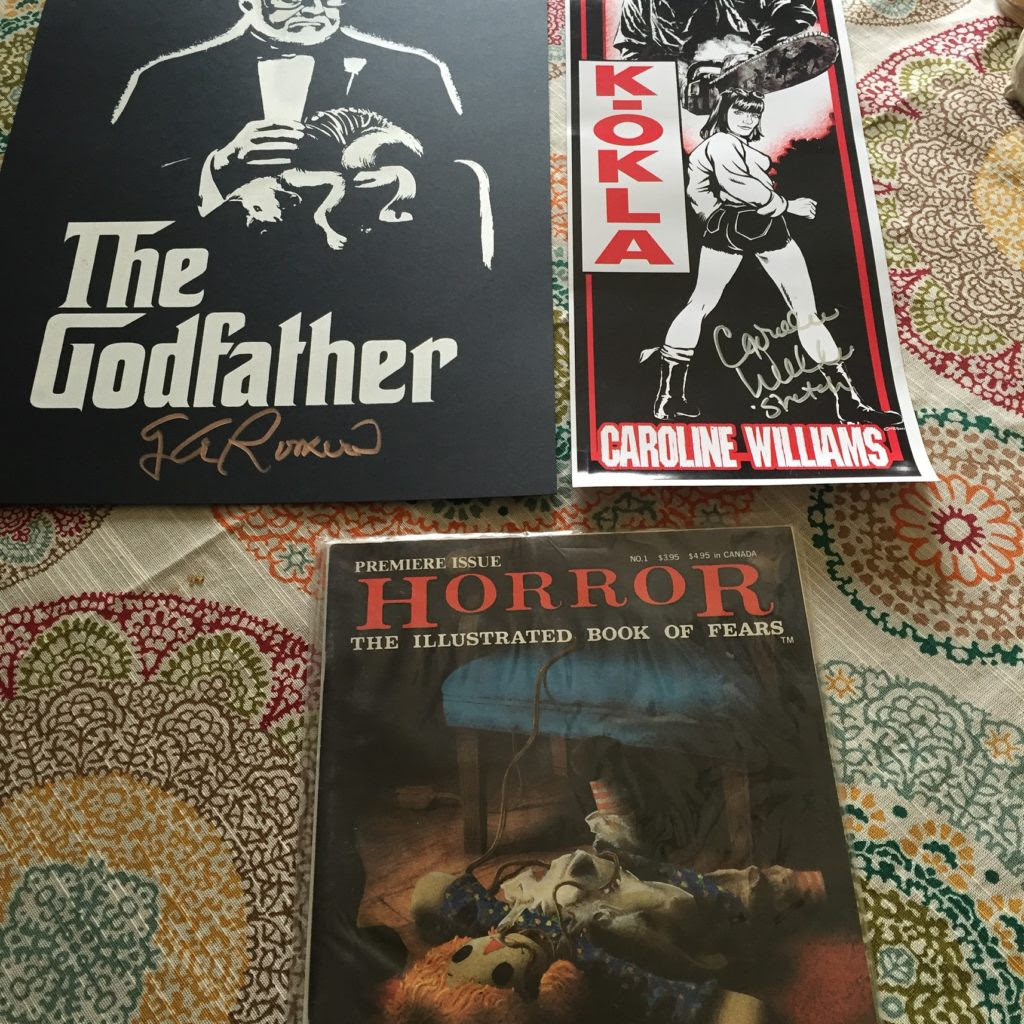 In the end, we wound up getting a signed Maxx comic for our friend (signed by both the artist and the author), as well as a BONE figure that she didn't have. As for ourselves, Dipper and I got the same signed Romero (The Godfather, above) print. Or, I should say, my brother spoiled me rotten and got it for me. He also snagged me the signed Caroline Williams, which I still have to find a frame for. The other item he snagged for me was the Horror: Illustrated Book of Fears magazine.

There were a few stickers that caught our eyes, as well as some other signed prints, but I suspect we will be going back for those in October. Most of the same vendors should be there. As for me, I can now say I've caught the bug and I will be looking forward to any future expos or conventions that we come across.
Back to the Vintage BONE Buffalo's Record Pop Culture Expo Cindy Williams Clock Work Comics amp; Games Dipper George A Romero Horror: Illustrated Book of Fears Leatherface Locked Groove Records Retro Outlaw Studios Texas Chainsaw Massacre 2