June 27, 2015
"I love horror". For most people, that may mean that they enjoy a good horror flick from time to time. Possibly more often. For others, it could mean that they love the scare of true crime shows.

For me, that simple sentence has always meant so much more. When I was a kid, my parents used to have to rule on when I decorated for Halloween, or the second summer hit, all of my decorations would be out. At a very young age, I was introduced to one of my favorite scary movies (I'll leave that for the list).

Even to this day, when I am a grown woman living in her own house with her husband and pets, horror is a big deal to me. I watch all the horror movies I can, and I have sugar skull decor in my house. (Not to the exclusion of other types of decor, but that's because I've toned down a little bit. Not much. Just enough.)

In any event, it takes an awful lot to truly scare me. I've read so many horror stories and watched so many films that it takes a rare gem to really freak me out. So, without further ado, I give you that list. 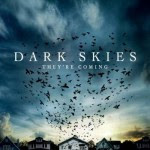 I had the day off today, and wound up perusing Netflix. I wanted to see this movie when it came out in theaters, and figured today would be the day. I watched it alone, with my cat, but thank goodness it was daylight! This terrifying film captures the struggle of a family who is coming to grips with alien visitation. Well-acted, well-written, and includes some genuinely terrifying alien shots. I also really enjoyed the steady build-up. Dark Skies kept its secrets long enough to be intriguing, but not so long as to be boring.  Highly recommended, but not if you're watching alone at night. You may not sleep. 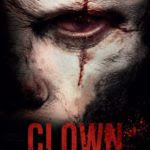 Clowns are scary enough. I've never liked them. I'm not scared of them per se, but they make me nervous. Still, when you mix clowns with Eli Roth, you get a whole shit-ton of scary. Not to mention a genuinely new storyline. This is no remake, and it doesn't resemble any movie I've ever seen. Basically, a father dresses up for his son's birthday party in a suit, only the suit isn't what it seems, and the countdown to total loss of self begins. Add to that the backstory of the legend of the cloyne, a Scandinavian (I belive) demon that was eventually sissified into our modern clown. Trust me - the legend is nothing to mess with! This movie is not only great the first time through, but holds up solidly during a re-watch. 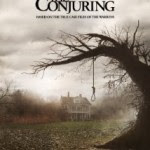 The Conjuring tells the story of famous demon hunters Ed and Lorraine Warren, and a family that they help in the 1970s. Basically the family is attacked by a series of entities, all hell-bent on destroying them. The Warrens must step in and intervene, all while facing their own attacks from the entities. This story is based on a true story, and if you're a believer in spirits, ghosts, and demons like I am, this will have personal significance for you. 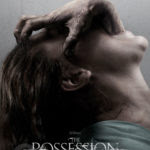 This is another tale based on a true story. However, this movie is based on the idea of the dybbuk, or demon box, of Jewish origin. A family adjusting to a recent divorce has to race against time and a demon who ensnares a little girl when she finds its box at a yardsale. Great storyline, great acting. Especially by the little girl. Of extra interest is the performance of Jewish rapper Matisyahu. 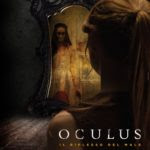 I seem to be the only person I know that enjoyed this movie and wanted to re-watch it. Well, that's fine. It's my blog, my post, and I'm going to include this movie. I loved it. The concept was really new and different - a possessed mirror entraps people and causes them to kill their family. Watching the family fall apart was like watching an impending trainwreck. You couldn't fix it, but you couldn't stop watching, even though you knew the horror was coming. Superb effects. Superb acting. And a cameo by a Boston Terrier. All winning ingredients in my book!

Have you been scared by a movie recently? Have you seen the movies on the list? Drop by in the comments and let me know!
Clown Dark Skies dybbuk Eli Roth guilty pleasures Joey King Karen Gillan Katee Sackhoff Keri Russell Lili Taylor Matisyahu Movies and TV Oculus Patrick Wilson Peter Stormare Ron Livingston The Conjuring The Possession Vera Farmiga