Showing posts from September, 2014
Show all

When is the sequel? 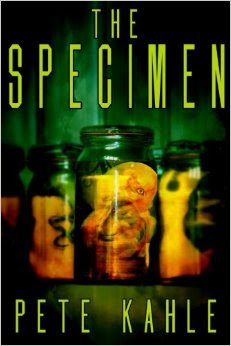 Recently I had the pleasure of reading Peter Kahle's The Specimen. I had no idea what I was in for based on the cover of the book - a strange fetus floating in amber fluid, all surrounded by emerald green background. Out of focus are other specimen jars, but it's more of a tease as you can't see whats in them. The book itself is (thankfully) thick, and the author has included a list in the front with all of the principal characters, what time period they belong to, and enough information on each to more than jog the reader's memory. Kahle writes about several characters, and is very adept at switching locations, time periods, and characters without missing a beat.

Kahle's writing is reminiscent of John W. Campbell, who  wrote Who Goes There? (later made into John Carpenter's The Thing). It's smart, sassy, and scary as hell. It follows in the footsteps of the aforementioned sci-fi titan, because once again humans are being attacked by an alien presence, and c…
Post a Comment
Read more
More posts