May 11, 2014
I've been keeping up with AMC's The Walking Dead and HBO's Game of Thrones. I'm not much of a Vampire Diaries type, though from what I've heard I'm certainly missing out. I was into True Blood for awhile, but found Sookie to be unbearable after about a season (sorry - I speak the truth!) Supernatural is pretty fun, but it's been lagging recently. Grimm feels too much like a Supernatural rip-off, though I'm trying to get into it. So far, no such luck. Other than that, there's not really any other series on TV that have to do with horror. Until now...that is! Apparently, the horror market is having it's turn on the major networks. Here's what we have to look forward to:

Penny Dreadful features characters from 19th century British fiction. Highlights include Dorian Gray, Frankenstein and his monster, and Mina Harker from Dracula. From the trailers I've seen, it's going to be something of a True Blood/Supernatural hybrid. Since I work for Verizon, and we have a partnership with entertainment channels like Showtime, there have been posters all over the building showcasing the different characters in the series. Each time I step off the elevator, I see an advertisement. It's been driving me batty! I've been waiting for this show for just a little over three months. In fact, after I'm done updating this site, I'm heading over to Showtime's website to catch the pilot episode!

Ah yes, Constantine. I fully realize that I'm about to lose my credibility when I say this, but so be it. I LOVED THE MOVIE. I normally can't stand Keanu Reeve's performances. For some reason though, I loved his version of Constantine. It's one of my favorite go-to movies.  A friend of Chris and mine (and the awesome, multi-talented designer of this website) absolutely hates that film. In fact, Brian hates it as much as I love it, which has led to some entertaining discourse. Well, tonight I stumbled on an advert for Constantine, a new NBC series. It's supposed to be closer to the Hellblazer comic series, where the character originated. It looks great, my only complaint being that it lacks Thomas Jane. But he's one of my favorite actors, so I'm pretty much bound to say that no matter what! 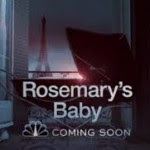 I first watched the original Rosemary's Baby with my horror-buff friend Steve. The film was superb. I'm excited to see what they do with it as a mini-series, especially considering that it's supposed to be closer to Ira Levin's book. I am always a sucker for shows based on books, though I haven't gotten to read this one first like I normally do.

If you happen to catch either Penny Dreadful or Rosemary's Baby, or if you're excited to see any of these shows, drop me a message in the comments section! If you know of any other shows that I haven't covered, message me! 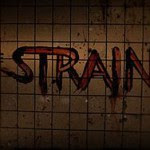 Good. Grief. How I have waited for this to become either a movie or a TV series! I discovered the book at Barnes and Noble several years ago. It turned into a trilogy by Guillermo del Toro and Chuck Hogan, and I'm still working my way through the third book in the series. Talk about old school vampires! These things are vicious, merciless, primal, and highly infectious! It's everything you've been waiting for since the age of the sparkly vampire. In case you were wondering, Guillermo del Toro is an amazing writer - and I can't wait to see this book brought to the screen.