January 01, 2014
In the last post, I reflected on the past year. Overall things went pretty swell. I declined to speak much on the negative, mostly because that involved other people and I don't feel it's my right to display their heartbreak or 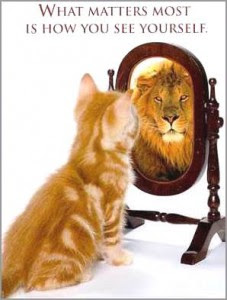 failures for the Internet to see. That being said, I want to dedicate this post to the resolutions I have made for the upcoming year. I wanted to go beyond the intangible resolutions such as "be healthy". What the hell does that mean? Technically speaking, it means I can eat a bag of baked potato chips because they are healthier than regular potato chips. There's just one big issue there...I'm still eating a bag of potato chips.

1. Fully consume before purchasing. This one sounds pretty obvious, but you'd be surprised. You're reading the words of a girl who has about 5 different shampoos, 6 different body lotions, and more makeup than I care to admit. (This doesn't count for food - I'm not buying each ingredient when I want to cook!)

2. Speak kindly. Looking back on this year, and others, I realize that I'm not always the nicest person. Sometimes it's out of an interest in being humorous, but sometimes I'm just being mean. I always want people to speak kindly to me, and I figured this would be the year I took it to heart and started trying it myself. Not to mention the fact that depending on what you say, it can be hard for people to forgive you. (And you may have issues forgiving yourself.)

3. Don't talk about other people. Sometimes I'm a gossip. I can't help it. I also vent my frustrations about people. For the most part, I try not to say anything behind someone's back that I wouldn't say to their face. At first I thought that meant I had integrity, now I'm thinking it just means I'm a bitch. Either way, I could spend my time saying something that actually matters, or not saying anything at all.

4. Write one blog post per week. I have been working on this blog for over a year now, and I want to contribute more. On the table next to me are literally 6 books and two movies that need to be reviewed. Rather than drown in posts, or follow a post-and-disappear cycle, I'd rather stick to one per week. Anything extra is a bonus.

5. Move at least 30 minutes a day. I want to lose weight. And as someone posted on Facebook, "You didn't take a pill to get fat, why would you take one to get thin?" When I was thinner (don't bitch and judge - I'm double the size I used to be, and it's not muscle) I used to actually move around. Then I discovered World of Warcraft, and sat on my butt. It's not the game's fault, but rather my lack of discipline. If I start small, with 30 minutes of activity that doesn't include work, but can include housework, I think that getting thin will be easier. And hopefully something that happens naturally.

6. Use what I have. This may sound silly, but it's true. Why buy something when you have enough at home? Case in point: throws. I freaking LOVE throws. I have so many it's not even funny. We may drown in a sea of them one day.

8. Don't go into a store without a list - and stick to it! Yep. This is another suffering point of mine. Wal-Mart anyone? It's impossible to leave that store without buying half of it, if not all of it. 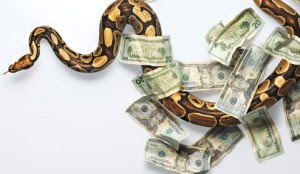 9. Learn when enough is enough. This is the most nebulous of the resolutions. It covers many things, including knowing when to put down the cleaning rag and allow myself to relax. It also covers knowing when not to take someone's shit. Sometimes I'm good at that. Sometimes I'm terrible.

What I want, in short, is a larger bank account, a smaller waistline, to learn to appreciate myself, and more space at home. What changes would you like to see in yourself in 2014?
New Years resolutions resolutions 2014