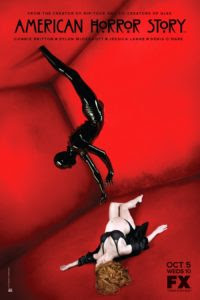 When American Horror Story first aired, I was living with my parents. We were channel surfing as a family one night, and found it on FX. After watching a few minutes of the show, we changed the channel because the images were pretty disturbing. (We happened upon one of the episodes with the leather suit.) All throughout the first season, my friends kept raving about it and insisting that I watch. The picture of the person dressed in the leather suit kept coming to mind, and I couldn't figure out what they saw in me that would connect me to a leather S&M suit. I'll freely admit I'm a little strange - I like to start celebrating Halloween about a month before everyone else, and I almost never wear matching socks - but I'm not THAT KIND of strange. Well, about three months ago, my friend Steve (the one I go to haunted houses with) told me that at all costs, I have to get through the show. He told me I would love it, because the story was never predictable, and the cast was top-notch.

One night, I decided to seek out American Horror Story, Season 1 on Netflix and 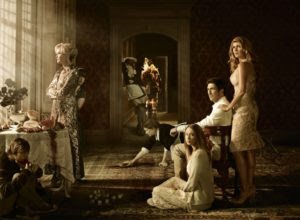 see what all the hype was about. From the first scene, all the way to the soul-rending conclusion, I couldn't tear myself away from the screen. Episode after episode, each character that was introduced was more  exciting than the last. Choosing my favorite character or storyline continues to be difficult, even today, because there are too many to choose from. There is Moira, the housekeeper, who appears as an old lady to women but a fiery-haired seductress to any man who sees her. Constance and her daughter Adelaide, the strange next-door neighbors who seem to always find their way into the house. Ben and Vivien Harmon, a troubled married couple who move into the house at the start of the season with their daughter Violet. Tate, the troubled teen who has dark and violent visions. Chad and Patrick, a couple who hope to hope that the new house will save their failing relationship. The list goes on and on, and even the minor characters are a joy to watch. 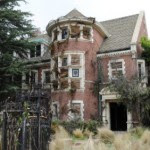 American Horror Story is not shy with any of it's storylines. Topics include school violence, infidelity, and a very realistic portrayal of a homosexual couple. Each of these issues is treated in an unflinching manner that invites open discussion. The storyline that hit home the hardest for me was the school shooting storyline. I immediately thought of the Columbine Massacre, which happened in the spring of my last year as a middle school student. It scared me deeply, because up until then I had thought that being at school was as safe as being at home, and that tragedy had proved me wrong. Seeing the tragedy in this show from the point of view of the shooter, those shot, and someone who got close to the shooter after the tragedy was extremely interesting. It made me seriously think about the people who committed the crimes, and the emotional pain and feelings of isolation that must have led them to do what they did.

By the end of the season, I was firmly hooked. I couldn't get enough of the 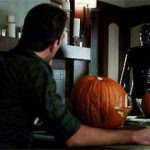 characters. I rooted for them, I cried with them, and my heart sunk with theirs. I liked both the villains and the heroes, though sometimes it was hard to tell which character fit which role. Each character acted their part so perfectly that even the minor characters came to life.

Additionally, I never saw any of the plot twists coming. Even when there were plenty of subtle clues pointing me in the right direction. Every single plot twist hit like a punch to the stomach - especially when the identity of the leather-clad person was revealed. I nearly died of surprise!