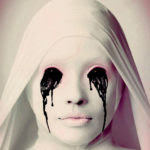 After the thrilling conclusion of Season 1 of American Horror Story, I couldn't wait to see the second season. I wanted to see how the show writers would incorporate familiar faces into new roles. Would they trade places? Would the sinister become the innocent, and the innocent become the deranged? How would the character's stories weave together this time? I waited for what seemed like an eternity, and finally was able to get my hands on American Horror Story - Asylum. 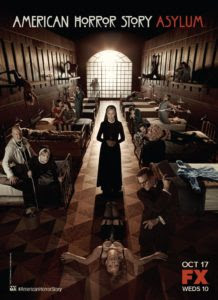 I have to confess, the first few episodes were extremely disappointing. While the writers put their actors to good use (look forward to strong performances by Lily Rabe, Jessica Lange, Zachary Quinto, Evan Peters, James Cromwell, Chloe Sevigny, and Sarah Paulson), the stories just weren't as intriguing as Season 1. I was also disappointed that the stories were isolated, they weren't interconnected. There were story arcs that began, became interesting, and died within two episodes (Anne Frank story arc in specific), which left me frustrated. Yes, bits and pieces were referenced later, but overall, the story arcs came to a dead end. Additionally, the first episode began with an alien abduction, which came back here and there, but more as a minor backstory.

The season didn't start coming together until episode 6, when the writers brought a 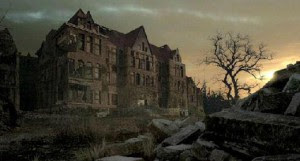 few storylines to the forefront. I also got my number one wish from Season 1 - more Zachary Quinto! Rather than being a peripheral character, he was one of the main characters, alongside veteran Jessica Lange.

The writers kept the same flashback format from Season 1. This format gives valuable insight into the character's motivations and experiences. The flashback sequences were mixed with scenes in the future, depicting events at the now-defunct asylum. I can't say any more because it gives away a major plot point in episode 9, but let's just say they upped the ante significantly!

I finished the final episode last night, and I found my views totally changed. It seemed that instead of slacking, the writers were only starting a trainwreck in motion that would have horrifying outcomes for everyone involved. My earlier gripe was also resolved - they brought back the alien abduction and made it relevant. 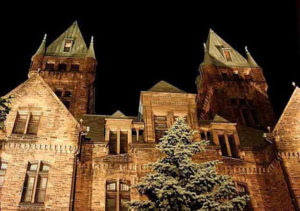 The attention to detail and historical accuracy surprised me. When I was in high school, I did a senior thesis on modern medicine, which included a focus on chlorpromazine and ice-pick lobotomies. (Yes - I was a strange and curious child.) During the season, such practices as aversion therapy, electroshock therapy, and hydrotherapy were also showcased. What's more, their abuses were clearly showcased. Yes, some of the asylum abuses shown were for the shock value, but some of them were actual depictions of abuses suffered by those in asylums. (For the fun of it - here's my favorite one, located in my hometown of Buffalo, NY. May I introduce you to the H.H. Richardson Complex! And yes, if you're wondering, some of the same abuses occurred there as well.)

American Horror Story Season 2 - Asylum is available in local stores now, so head out and grab your copy! (Or, if you're particularly cheap, you can wait until it hits services like Netflix, but that might be awhile.)