The End of the Sparkly Vampire

May 21, 2013
Jack Hamlyn has officially returned the vampire to it's rightful place in 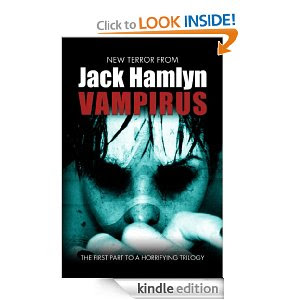 horror.  The tyranny of the sparkly vampire has come to an end.  Hamlyn's new tale, Vampirus, goes back to the roots of the creature.  His vampires don't drive stylish cars and make friends with the local mortals.  They die in delirious agony, and come back for their loved ones at night.  They come to the windows, speaking lovingly, all the while scratching at the windows with their clawed hands.  Hamlyn's vampires are disease vectors, who use bites to spread it others.

I couldn't put this book down.  It was almost too much to bear - watching one man struggle nightly against the reanimated body of his wife and daughter.  Hamlyn kept the story moving along at a brisk pace, which is not an easy feat considering during the majority of the book, the protagonist was searching for his vampire family.  Hamlyn created the perfect antagonist as well.  He took a community member, dear to the protagonist, and turned her against him.  Hamlyn made her the embodiment of evil, a ruthless predator toying with our hero every step of the way.

Vampirus is a fascinating book, and I highly suggest that everyone go to amazon.com and pick it up.  It's a quick and engaging read, and features vampires with some bite to them!