Showing posts from October, 2012
Show all

Shambling Up The Ranks... 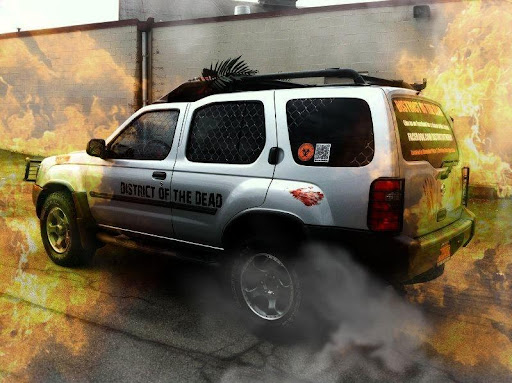 It's the time of year again!  Time to bundle up, grab a hot apple cider, and hit the road to your favorite haunted attraction.  Every year I'm thankful to be living near Buffalo, New York, where there are plenty of haunted houses to visit.  Last year, District of the Dead opened its doors for the inaugural year.  It was a small house, run partly for profit and partly for charity.  I was excited to see what the new year would bring for them, and I certainly wasn't disappointed.

District of the Dead made many smart changes for the 2012 season.  First - they moved to a better location.  They are now at the corner of Sheridan Drive and Eggert Road, near Yings Wings Things & Bar.  This new location is prime - they are at a busy corner and surrounded by well-established businesses.  The second smart change they made …
Post a Comment
Read more
More posts