January 17, 2012
It's hard to believe that so much horror and gut-wrenching sadness could ever originate from the likes of the 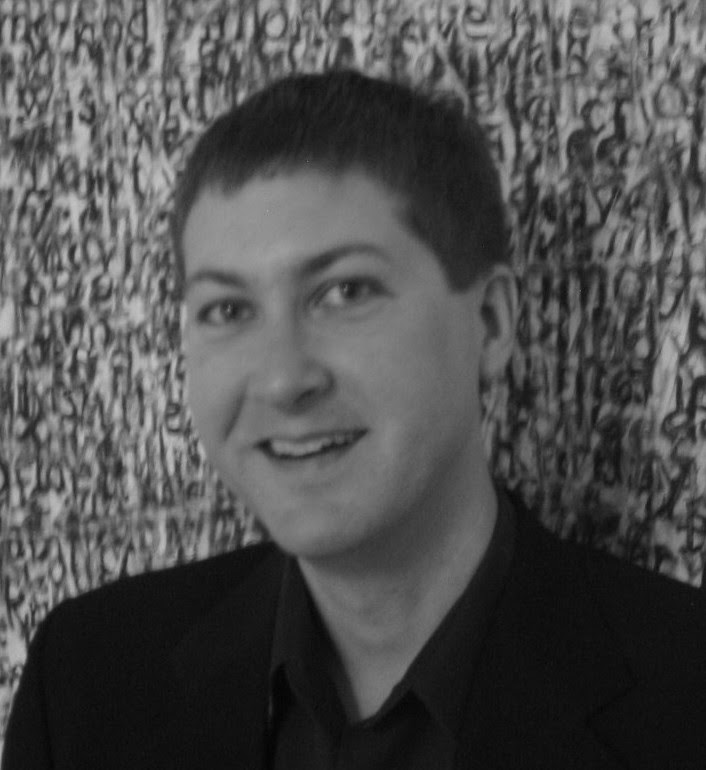 cherubic-looking gentleman featured in the picture to the right.  He could be your next door neighbor or the teller at a local bank.  Luckily for zombie aficionados, he's neither.  In fact, he's none other than the celebrated zombie author, Craig DiLouie.

I'm a bit ashamed to admit that I just got around to reading "The Infection", which has been on my To Read list for some time now.  Had I known what kind of tale was in store - I'd have picked it up sooo much sooner.  In fact, I'm so excited about this book, you wouldn't believe how many times I've written and rewritten this review to try and get it right!

DiLouie's greatest strength is in his ability to move the story along at a fast yet organic pace.  There isn't a single spot of unimportant or boring information, and the characters develop on their own without DiLouie playing God and throwing random obstacles at them for the sake of their growth within the story.  Each character seems real from the first time the reader meets them, and they stay that way until the very end.  There's Kid, who spent his whole life being bullied at school only to find he was tailor-made for the apocalypse.  We have Wendy, the she-cop who's too beautiful to be taken seriously, but ultimately finds her way to acceptance.  Anne, the enigmatic group leader who never lets her guard down.  There are others in the ragtag group, each as important as the last. driven out of hiding when the cities begin to burn.  They include my personal favorite, the Hoppers.  They are naked monkey-like organisms that end in grasshopper legs.  DiLouie deftly blends modern zombie and apocalyptic fiction with the 50s style monster genre, creating infection vectors that are, quite literally, larger than life.

As if DiLouie weren't talented enough, he's also able to elicit a visceral reaction from his readers.  I found myself inadvertently yelling at my Kindle while my favorite character was devoured by one of the Children of Infection.  I hadn't seen it coming, and I knew it wasn't a crack shot from the author.  It was, unfortunately, what was to be expected of any zombie novel worth the paper on which it's printed.  Characters must die, whether they're the hero or the scumbag.  Everyone alive during Infection is living on borrowed time, and nobody knows it better than the characters.

I was so impressed by "The Infection" that I almost flipped to the first page to read it again.  While I've already discussed DiLouie's writing style, there is one more very important tidbit I'd like to leave my readers with.  DiLouie handles flashbacks and character back story in a unique way.  He titles his chapters after the pertinent character, and makes sure that anything that happened in the past is written in past tense.  That sounds easy enough, but then when the reader is immersed, the story is written in the present.  This causes the reader to feel as though they've been swept along into the story with the characters.  It also builds a sense of urgency and fear that moves the story along.  Instead of experiencing the story as a casual observer, the reader is forced to take greater interest because the story is taking place in the here and now.

Thankfully, this book will appeal to readers of all levels of zombie experience, from the die-hard survivalist who is counting the days until the apocalypse, to the closet-zombie reader.  Whatever you do, go and purchase this book RIGHT NOW!  Especially because rumor has it (as in, craigdilouie.com has it) that there will be a sequel entitled The Killing Floor out sometime early this year.  I promise you - this book needs to go straight to the top of your reading list...right now!

(You can view the ultra-creepy book trailer on Youtube.com here!)