Showing posts from November, 2011
Show all

Since it's going to be a movie soon anyway... 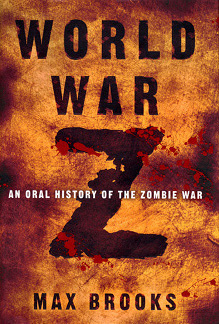 [caption id="" align="alignright" width="219" caption="Pretty steady reading."] [/caption] I figured now would be a great time to stop whining, suck it up, and read "World War Z" by Max Brooks .  It's slated for theaters sometime in December, and I despise watching a movie before reading the book.  I'd stayed away from reading WWZ because, quite frankly, Max Brooks' zombie visions scare me witless. Oftentimes while reading WWZ, I tortured myself mentally for passing up the chance to see Brooks live in Buffalo in October.  What the hell was I thinking?!  In any event, that won't happen again, if I can help it. Back to the book though.  I read through it slowly, mostly because I wanted to really have time to think about what was going on, whether it could actually happen, and what it was saying about the human race. In general, the book was pretty steady reading.  It wasn't overly crazy, nor was it boring.  It kept
Post a Comment
Read more

The End of a Heartbreaking Journey 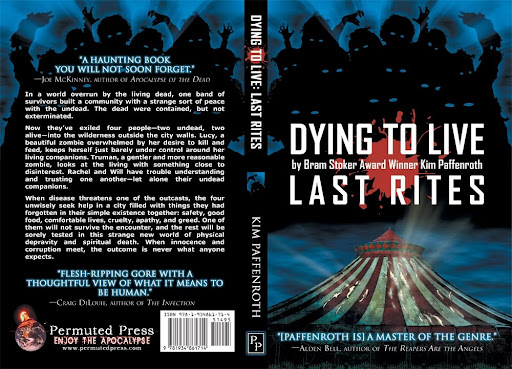 [caption id="attachment_1305" align="alignright" width="300" caption="This picture was lovingly and respectfully pilfered from the author's blog. <<http://gotld.blogspot.com/>>"] [/caption] I finished  Kim Paffenroth 's " Dying to Live :  Last Rites " a little while ago, but haven't gotten the opportunity to give it the write-up it so badly deserves. **Pre-Review Warning: You will cry your eyes out so hard when you finish this book that your chest will hurt.  Actually, I lied.  There are a few sections where you will cry your eyes out.  Don't say I didn't warn you!** It was a thought-provoking tear-jerker that left me thinking about the human race, and also introspectively about myself. It made me consider what I myself might be capable of under the right circumstances.  I'd like to think that I would be a good person, but when I think of what I'd do to save the ones I loved, my certainty wavers.
Post a Comment
Read more
More posts