Showing posts from May, 2011
Show all


The movie I'm about to review is gorier and funnier than a Sam Raimi movie.  I kid you not.  And it was directed by the man who headed the unbelievably involved "Lord of the Rings Trilogy".  That's right people - Peter Jackson directed a horror movie!  1992 saw the release of "Dead Alive" (also known as "Braindead"), a movie which I should have seen years ago.  I have no idea how I've survived for so long without seeing this film.

The movie opens with an anthropologist and his helper carrying a wooden box through a jungle.  The man helping the anthropologist keeps advising against the transport of the thing inside.  When the natives of the region catch up to the two men, we find out the the box contains a dangerous species of monkey.  While trying to flee, the anthropologist is bitten by the "Sumatran rat-monkey&quo…
8 comments
Read more

To the Authors and Editors - 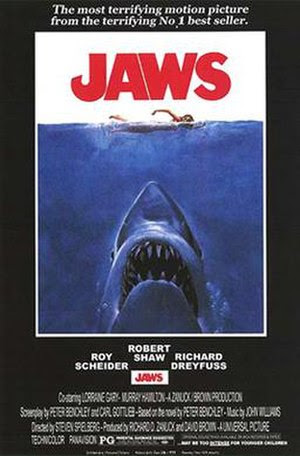 
I want to say first that I love almost every book Severed Press has to offer, so it was only natural that I buy "Dead Bait 2".

If you are expecting a thrilling anthology about aquatic mayhem, "Dead Bait 2" may not be the book for you.  I purchased it based on the strength of the first anthology, "Dead Bait".  When I saw the cover, I was convinced the second anthology would be a gem.   Unfortunately, "Dead Bait 2" is seriously lacking in certain elements.

There is one single principle that killed the entire anthology for me.  "Dead Bait 2" strays from the guiding principle that made the first anthology a masterpiece.  When I think of the ocean, I think of a place so deep and dark that we humans will never know everything that hides there.  When I try to imagine the horrors, I think of gaping jaws, massive teeth, an…
2 comments
Read more
More posts