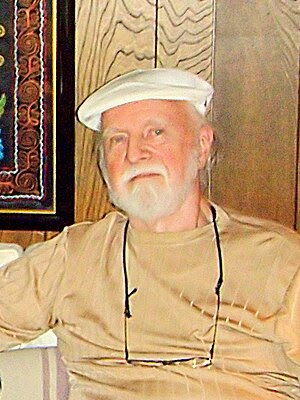 Being a somewhat rabid Stephen King fan, I was immediately interested when I found out that Richard Matheson was his horror hero.  I vowed then and there to find out what had caused the hype.  When I found out that the film "I Am Legend" starring Will Smith was based on a Matheson tale, I decided to make that my starting point.

I went to the bookstore and picked up a copy of "I Am Legend" which also contained other stories.  It took me forever to find a copy of the book that didn't have the movie cover.  (I like books in their purest form - not with an actor or movie cover on them.)  I went straight home and read the first story, "I Am Legend", and realized that its nothing like the movie with Will Smith.  The movie was alright, but the story was better.  I realize that other versions have been made of this story, but I haven't seen them yet, so I cannot comment.

The other stories in this book are not really related, so far as I can tell, to the main novella.  Each and every story promises something new.  One of my favorites is "The Funeral", which is a look at what happens when a vampire invites a rowdy crowd to his funeral - with horribly funny results.  Another crazy one is the "The Near Departed" with has a jaw-dropping ending that is so good it makes you go back to the beginning to re-read it.  (I had to make sure that I didn't miss an obvious clue - the ending caught me totally by surprise!)

My absolute favorite story in the book is "Prey" because it gave rise to my favorite wooden villain, He Who Kills.  This story was adapted into the vignette "Amelia" for "Trilogy of Terror".  I guess you could say I'm highly biased, but even so, this is a story you DO NOT MISS.

A side note on Richard Matheson:  Matheson is one of those rare and timeless authors.  He doesn't use popular culture as a crutch, but rather allows his stories to carry themselves.  When reading his stories, you could fit them into almost any time period you wish, with only slight changes (electricity for candles, cars for carriages or horses) and still have a viable story with nothing lost.  His stories have sound plots, interesting characters, and beautiful language.  Its hard not to get carried away on the tide of his writing and forget where you are.  I think that he is the kind of author H.P. Lovecraft would have enjoyed.  Lovecraft praised writers who took ordinary situations and added a touch of the extraordinary or odd.  Matheson's strength is that he takes situations that are commonplace and warps them just enough to throw the reader off balance.

If you are new to Richard Matheson, I highly recommend this book.  It's a good introduction to his stories, and it also contains one of his most well-known works.  (And then go pick up "Trilogy of Terror"!)
H. P. Lovecraft He Who Kills I Am Legend Literature Richard Matheson Somewhere in Time Stephen King Stir of Echoes Terror at 20 The Box The Incredible Shrinking Man Trilogy of Terror What Dreams May Come Will Smith