All the zombie fragging you can handle...and a little you can't. 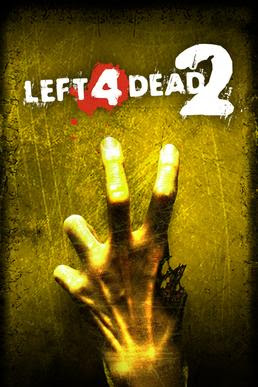 The game was an overall improvement from Left 4 Dead (which in and of itself was still an awesome game!)  There are numerous notable changes for the better which include more staggered spacing of the infected.  Instead of running into a constant mob and then nothing, the mobs are well spaced enough so that there is no time to relax and wait for the next mob.

The special infected are bigger, better, and more badass as well.  Hunters, witches, boomers, and tanks all were re-done with more detail including (but not limited to) extra boils, more slime, and more detailed clothing.  New notable specials include the Jockey, who sits atop your character and rides them around while screeching, and my personal nemesis, the Spitter.  Spitters have disjointed jaws and are capable of covering several in-game feet of floor with an acidic puke that will quickly exacerbate the situation for yourself and the other survivors.  The best part ?  She spits it from afar.  Perhaps you can't see her, but she can still drop you with one or two well-aimed spits.  Eesh.  Not to mention the hordes of other special infected, some of which wear armor and are harder to kill.  Oh and one last thing - there are clown zombies.  A whole carnival section filled to the brim with slavering clown zombies whose eyes glow.  I won't spoil all the fun - but trust me - you'll like the new ones !

The story itself is more cohesive within the campaigns.  Rather than just running around blasting zombies to bits, you are following a coordinated escape pattern from area to area.  Don't fear - the story doesn't get in the way of mindless blasting, if that's something you prefer.  The locales are creepier with more special effects including fog, wind and driving rain as well as numerous hiding places for zombies and specials.  The effects add a touch of realism to the video game, as well as add to the unpredictability of the game.  It seems that every time you play, its a different game.

Whether or not you were a fan of the original "Left 4 Dead" you need this game.  I play it on my computer because I'm terrible at first person shooters on a console, but regardless of your choice of play you will have countless hours of enjoyment from "Left 4 Dead 2".  One more bit of advice - play it in the dark.  It'll scare you witless.
boomer charger clown zombies clowns computer hunter jockey Left 4 Dead Left 4 Dead 2 Personal computer special infected spitter tank Valve Valve Corporation Video Games witch xbox zombie zombies