Death's Eye View of the Apocalypse 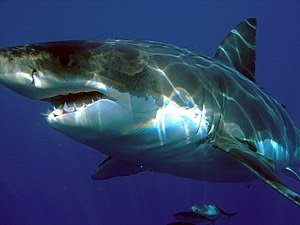 I was in a local bookstore itching to buy a new zombie book to add to my collection.  (It will be permanently stated that at no time do I need a "new book" as I always have at least 10 waiting to be read...but when I feel the urge to buy a new book, there's no logical way of stopping me.)  Anyhow, I was perusing the shelves and I stumbled on "Empire" by David Dunwoody.  The cover is green with a huge silhouette of the Grim Reaper and the title written sideways, subtext neatly boxed in with bones.  All in all a very handsome cover.

Dunwoody is a master storyteller - he managed to juggle a mess of characters with ease.  I always knew who was who in the story, and he didn't have to keep reminding me every time I encountered a character.  The character's personalities were all very intriguing, and each was distinct.  The story had an effect similar to the movie Crash, if you've ever seen that.  The characters were all inter-connected and every one served to move the plot forward.  Dunwoody also played with the stereotypes of the characters - often revealing surprising (and horrifying) secrets at the perfect moment.  I think my favorite character is Death himself, but we'll touch on his role later.

One of the most chilling scenes was a recollection from the mind of a police officer.  He recalled an epic struggle against an undead great white shark (a 12 footer that he and a fishing crew pulled up onto the deck during a routine fishing run).  Of course, the shark is attacking in the teeth of a rainstorm.  That scene is sheer perfection !  I've always loved shark stories and sharks in general, and I think few things make a person feel more insignificant than the idea of a great white, more so if the beast is undead.  Yeesh !

Dunwoody comes up with a really unique way of explaining the start of the plague.  It starts out as dark energy seeping from places in the Earth, back from when the universe came together.  Humans experimented with the energy and the way it brought back all dead life forms and accidentally gave the undead the ability to spread their disease.  Before human interference the dead could only eat the living, but afterward...well, all hell broke loose.

"Empire" is a thinker's zombie novel.  It made me consider the apocalypse from a whole new angle.  What exactly would Death do about zombies ?  Would he even care ?  If Death regulates the passing of living souls, what about husks without souls ?  Reading from Death's perspective is always interesting, and this is no exception.  It's interesting to see things from the point of view of a personification who has seen ages go by.  (If you don't mind humor and satire, try the Discworld Series by Terry Pratchett - they feature Death heavily.)

I'm not going to give away anything else about the plot or the characters, other than to say that this book truly shows the polarized nature of humans.  There are characters who are truly good, some who pretend to be good, and some who are so evil its almost incomprehensible.  David Dunwoody's "Empire" was a page turner !  This is the kind of book you read and then loan to friends so they can marvel at the story too.
apocalypse David Dunwoody Death Literature rat rotters shark virus zombies