November 29, 2010
I really enjoyed The Dead That Walk because the stories felt very fresh and new.  I was accustomed to reading zombie literature and feeling terror and revulsion, but not 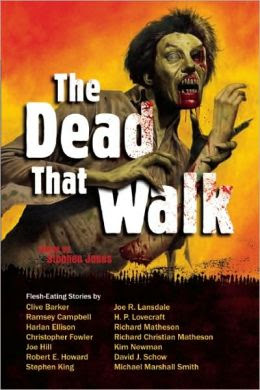 really any sorrow or sympathy before.  The stories were also very unpredictable – which can be difficult to achieve in and of itself.

Each story is preceded by an author biography, which is one characteristic that I look for in anthologies of any kind.  I like to read about the author’s life and the circumstances that influenced their work.

If you are looking for a varied approach to zombies I strongly suggest this book.